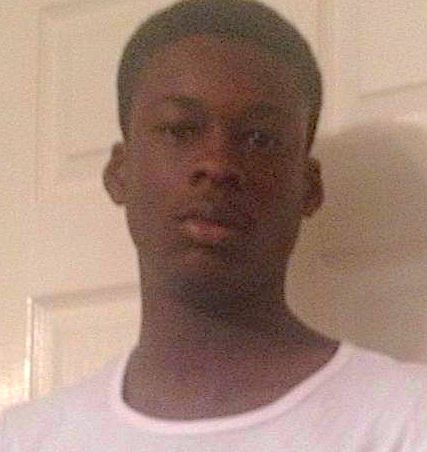 How did you hear about ABoB?

I heard about it from Probation. ABoB men had come to see if anyone was interested in doing their weekend, and my probation officer said it would be a good thing to do. I didn’t know anything about it but I heard you got food for the whole time and that attracted me!

Tell me a bit about your background please?

I was born in Liverpool and we moved around a lot. I had difficulty with my schools. I was out of control as a teenager and so I got excluded from several schools. I had one defining night when I was 14, which shaped the way it was for me afterwards. I was living with my dad in Harpenden went to a party in Luton and stupidly didn’t check the trains so I missed the last one home. I was picked up by two police officers at about 2 am and I lied to them about being 16. They took me with them and social services ended up sending me to live with my mum in Oxford. Then I was sent to Nigeria to go to school and lived with my dad’s sister. It was all very disruptive for me. I ended up being in trouble with the police for threatening them.

What did you discover when you did the Quest in 2019?

That I’d been holding on to so much for such a long time. In fact, I learnt that it wasn’t one event that shaped my life, it was a build up of many different events. I also found out how angry I was underneath and that so much had happened because I had misdirected my anger as a young boy. I had been to three mainstream schools and three non-mainstream ones. I had wanted to join the army but I couldn’t. There didn’t seem to be anything for me.

What did you find supportive about the rites of passage weekend?

I had felt so alone with what happened to me but I realized when I was there how many young men experience the same sort of thing. It was reassuring to hear other similar stories. I could relax somehow about my life.

Did you learn to deal with your anger differently?

Yes, the men there taught us about the difference between healthy and unhealthy anger and how to express anger in a healthy way. Also, how much exercise helps with anger. I go out jogging now and sometimes lift weights.

Did you choose your mentor?

Yes, he is called Glen and I thought he would identify with the problems that I had. He’s 45 and has three kids. In fact, I’m a quiet sort of person so it took a while for us to build up a rapport with each other. He gave me lifts to the weekly meetings and that was one way that we formed a friendship.

Did he take on a fatherly role to you?

Well, I’m able to talk to him in a way that I could never do with my dad. I do tell Glen a lot of stuff, which has been great to do. I really do get difficult feelings and situations off my chest. And it feels like he’s really there for me. That has never happened to me before.

What about the weekly meetings?

They are very positive. It is such a good place for learning. We learn from each other. People share their vulnerabilities which enables others to share theirs too. The circle is a safe place for us to say whatever we want. If we have a charge with another man there, we are invited to share what’s going on for us, that makes it a safe place.

How do you see your future?

I have learned from ABoB, that the choices that I make are really down to me. And that if I put the effort in, I will see results. I have already started making amends with my mother. I’m going to see my father this weekend and I’ve bought him a birthday gift for the first time ever. It’s a beginning in a way.