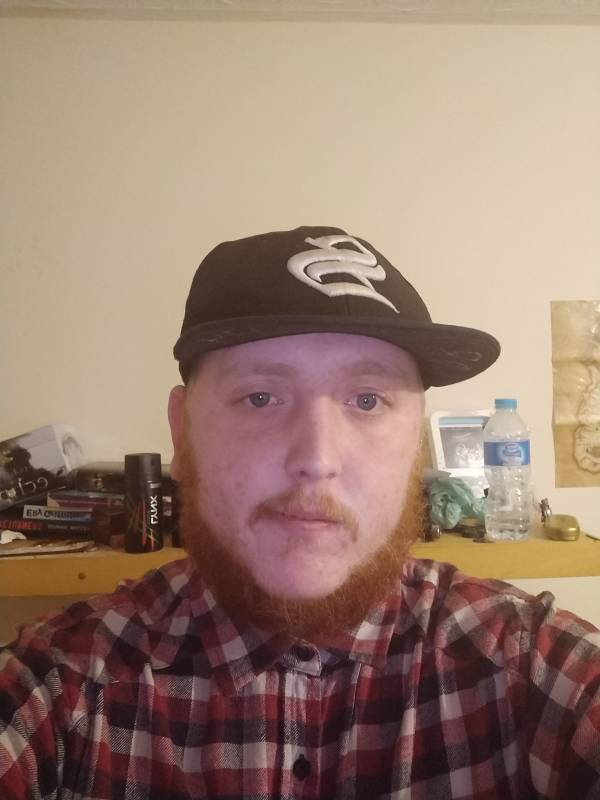 How did you know about abob?
I was staying at the Foyer, which is supported accommodation and one of the abob men called round to talk to residents. He talked about the Quest which seemed mysterious and that made me want to do it.

What stage of your life were you at before you did the Quest?
I was struggling. I’d met my girlfriend and it wasn’t going well. I was drinking too much and taking drugs. I was in a bad place.

bIt woke me up. It opened up my mind and enabled me to have a different perspective. Especially around my past. It was difficult but incredible. As was the support of men. I had no idea what this would be like until The Quest. It was a new experience for me. I also found a safe environment in which to express anger. I’d been able to cry before but never to express anger – especially in a way that is clean. I’d bottled it up. I also really got to express my grief. That was so useful. And say things that I had really deeply needed to say.

What did you take away?
A feeling of belonging. I felt as though being with these men was deeply where I needed to be at this point in time. It changed my perspective around men and what is possible. I experienced young and older men being honest and vulnerable. I saw older men cry which was great because I’d always felt a bit of wimp for crying.

Tell me a bit about your background?
I grew up in Florida. We moved there when I was 4. I had a violent, abusive father and my mum struggled too. She had 8 kids and I remember her as always having very little energy. Then she died when I was 9 and some of the family moved back to the UK. That meant I was left in the hands of my father, which was pretty awful. We moved to Cornwall, he ended up throwing me out when I was 14. I was sleeping on the streets and still going to school. I was bullied at school because I couldn’t wash in these circumstances. Eventually I was put in care, and a foster family was found.

How was your foster family?
They were great. I gave them a hard time. I drank, took drugs and tried to commit suicide a few times. I ended up in hospital a few times. They stood by me all of this time. I’m still in contact with them.

How was your experience of mentoring?
Ronnie McKnight was my mentor. He’s Scottish and brilliant. We have a great rapport. He was very honest and truthful with me. He wouldn’t hold back, he’d tell me it as it was even if he knew that truth was going to hurt my feelings. I liked him a lot. Still do. We’d meet for an hour before every weekly circle. He’d ask me how I was and be totally there for me. I got a feeling of what it would be like to have had a good father. That was amazing. We joked around a lot and I loved the way he talked to me. I never had that with my birth father.

How are the weekly circles for you?
They are a chance for me to keep on confronting what needs to be confronted in my life. I’ve been to AA and counseling groups but the difference with abob is that there is no hierarchy. We’re all men, old and young and we’re treated equally. That’s very important to me.

Are you getting involved with abob now?
Yes, am staffing a Quest soon.

How do you see the future for yourself?
Recently I went to a weekend in Hampshire about how to set up as a social entrepreneur. I want to be a working musician and this weekend helped me have a plan for that.