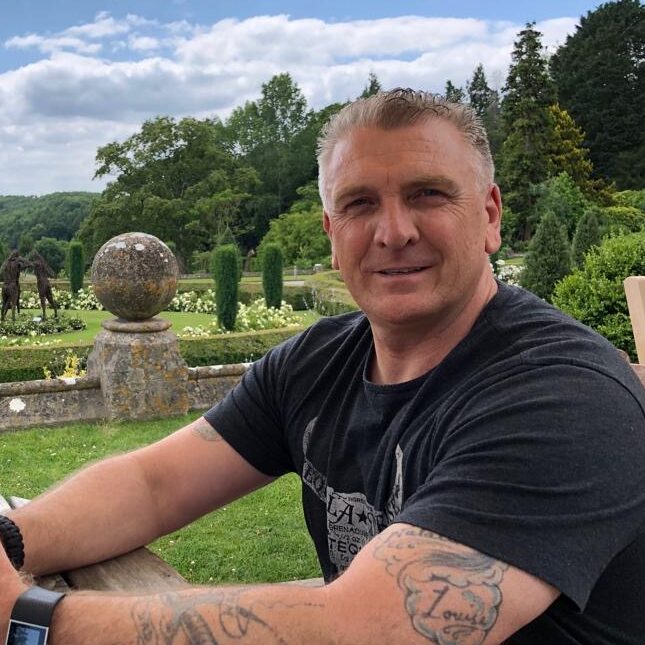 I joined the CRC as a volunteer peer mentor in 2017 because I’d been in prison myself. Then stated as a Case Support Worker in Jan 2018. Before lockdown I used to run a One Stop Shop for Service Users, where they could engage with any of our partner agencies for a coffee and a chat, and Mark Nightingale used to come down to talk to people about abob. On one occasion, not many service users turned up so I ended talking to Mark. We talked to me about the pain involved with what I went through around going to prison. I didn’t do a weekend straight away but eventually I did.

Would you mind telling me why you were in prison?

I was starting up a new business on the internet and I got friendly with a guy who was going to rent me a port-a-cabin as an office. One day he asked me if I’d go down to Bristol to pick up fourteen boxes of electrical goods for him. I thought it might be something a bit dodgy but I didn’t have a clue it was 140 kilos of cannabis. When I got back the police were waiting because as it transpired they’d been following him for the previous 6 months. They also found a large quantity of Ecstasy in one of his storerooms at this place. He got 18 years, I got 16. I served 8 years. The judge got the idea that I was his No 2.

So you did Beyond The Hero?

I really still thought I was going on the weekend because I was learning how to support others. But the weekend did really help me. I hadn’t realized what feelings I still had from my past and how that influenced my actions. I was having an angry rant about the government and my brother’s face popped into my head. I had no idea why. I was taken aback. It took me a while over the weekend to connect my anger to the bullying that he used to do to me. He used to beat me hard between the ages of 6 and 10 and he was 16 to 20. He used to treat me like a punch bag. I got the opportunity over this abob weekend to really express the anger that I felt about that, and I felt totally supported by the other men. They made it a safe place for me. It felt such a relief afterwards. I felt like the weight of a car had been lifted off my chest. I also recognized this tendency to be a bully in myself. I had learnt it from him.

How else has abob been useful to you?

I have learnt to listen as a member of abob Brighton. I can listen to people like sex offenders and rapists, that I couldn’t before. There’s been a shift in how I see things both at work for the Probation Service and at home with my partner and child.  It has been useful to me as an engagement officer in that I can now listen better to the Service Users.

Do you tell young men you meet through your work about abob?

Yes, and because I’ve done the weekend and am part of abob Brighton, I can be so much more informed in what I say. I can chat to them about what I have experienced and moreover what I get from it. I am hoping to be an abob mentor soon too. I know firsthand what happens over the weekends so that really helps. I see how belonging to a community of men makes so much difference to all of our lives.