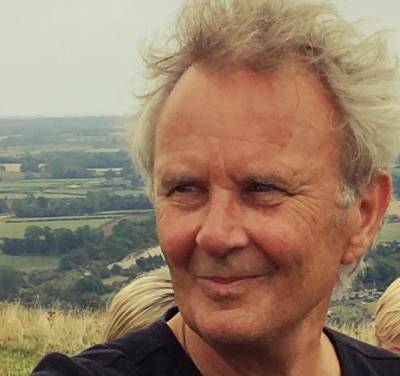 What inspired you to join abob as a volunteer?
I was feeling isolated as a single father. I was divorced with two children and I had no idea how to cope. So I wanted to plug into a community of men who might support me.

I was also attracted to this idea of rites of passage in woods for young men. It seemed dangerous to me and I liked the idea of that, we have lost our danger as a society in many ways for young men. And I liked the idea of being dangerous in nature. There was something about me never having experienced this kind of male ritual as I was growing up.

I had done shamanic personal development work in Wales and overseas however was increasingly drawn to the idea of being local and staying to do personal and community work in the place where I lived. Brighton. I am very committed to Brighton.

Had you done a lot of inner work beforehand?
I have a Buddhist practice and had done for nearly 40 years. This was an opportunity to bring that practice into a very real situation with young men who had often had tough backgrounds. I’ve also learnt a lot of skills from doing the abob weekends and meetings.

And now?
I’m on a new Leadership course with men from other ABOB communities and going deep into strengthening the leader within me so I can support and facilitate work within my community. This ABOB work is affecting all areas of my life and enabling me to be more self-reflective about my feelings and actions.

Have you been a mentor?
I have but not quite in the classic sense. I have often taken on mentees when their mentoring hasn’t worked out. So I’ve mentored young men in bits and pieces.

How is the abob community in Brighton?
We’ve been through highs and lows but now the energy is there again. Now we have 20 to 25 men regularly attending circles with at least eight capable men ready to step into leadership. We have empowered ourselves. I feel our community really building here now.