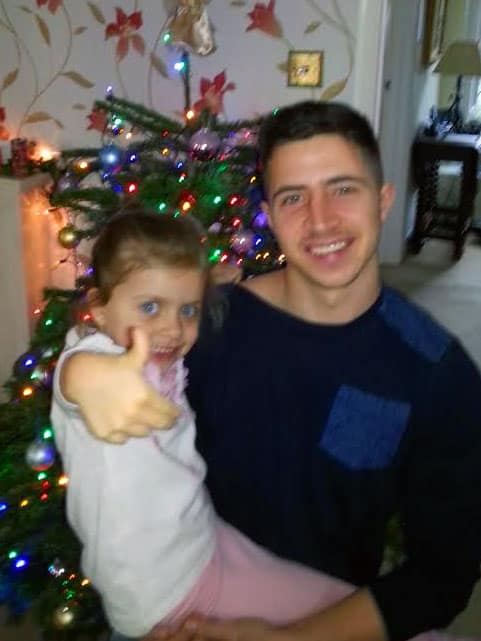 Elliott M, 23, T-shirt designer, Eastbourne
How was growing up?
I’ve always had a supportive, good family but I started getting into trouble at a young age. When I started primary school I couldn’t settle down and was always getting sent home. By secondary school, I’d started fighting and setting fires and I’d only been in my first school for three months before getting kicked out for lighting a fire in the toilets. I got a feeling of excitement from it. I think it all started because I couldn’t settle down to study like the other kids, and so I started being disruptive as a distraction. I went to four different schools. The police started to get involved when I was 13. I’d also started using drugs when school wasn’t working for me.The first time I went to prison I was 14, it was a detention centre in Bristol. By that time, I’d got involved with burglary to fund my drug use. I spent my fifteenth birthday locked up, I remember my family coming in with a cake. I thought I wouldn’t go back but I did and the excitement from crime only increased. I have now got 70 offences to my name and 45 convictions. Which I am not proud of but I cannot change so I tend not to think about them.

When was the most recent time that you were in prison?
In 2013, I had a little drink and I got involved in a fight and was charged for GBH. I did 20 months for that. I had already started to change by that time and only got into trouble whilst drunk. I had my little girl, Ria, when I was 19 and that single event changed how I saw my life. I thought it doesn’t have to be this way, I was always worrying about when the police would next knock on my door. I knew what I wanted for my life and I had some ideas about what I had to do to change it but it took a few years to get there. I actually used my prison sentence to help me change my life and distance myself from people.One of the things I started doing, was researching why we humans are here on earth and what we can do to help us feel in control of our lives. I started to get interested in spirituality. Whilst I was in prison, I read a couple of books called The Master Key System and The Secret, which completely helped change my negative mindset. This inspired me to think more positively and attract more positive things into my life.

When did you get involved with Abob?
Abob really helped me when I got out of prison, as I got drawn back into the excitement, started drinking 2-3 times a week and nearly getting recalled after just a couple of months. I was living in the YMCA and I picked up a leaflet that was left for someone else, but was obviously meant for me. I was ready for something to really support my change, I phoned them straightaway. I was invited to the weekly community circle and there was a group of men there who were sharing about their lives. This was new to me. I’d never done anything like that before. I was so used to trying to live an exciting life, it was nice to just step back and feel grounded for once and accepted.

And how was The Quest?
It was difficult but I was ready for it. I discovered that I was holding on to a lot of rebelliousness and anger against authority – from judges to the police. I had some explosive anger to express. That really helped me to move on and to connect with more people. One of the best things about the Quest for me was re-discovering my childhood. That was fantastic – in that I could stay there for a while. It was hard to get through my defenses but I got to vulnerability in the end.

And your mentor?
Anthony really helped me express myself differently, in a more positive way. For instance, I used to say that ‘I was trying’ to do something, Anthony encouraged me to say that ‘I‘m doing it’ rather than trying. He helped me empower myself. It is a 13 week mentoring programme but I still meet up with him and have a chat. He taught me some breathing techniques too which really helps me cope with my anxiety.

And what about the future?
I’m designing T-shirts to sell. I want to be an entrepreneur in this way. And also self-employed. That way, I won’t have a boss. This week, I’m meeting with a manufacturer to work out how all of that will work. I would also love to help and guide young kids who are getting into trouble at school. I’m doing some community work with abob. This Xmas, we cooked food for the homeless. Myself and another abob man, Alan, went to Waitrose and persuaded them to give food to us. Being a part of Abob has given me confidence and I feel human again. I’m ready to go out into the world and make a life for myself.

What about being a father?
It was definitely a struggle at first as I was still young and immature but she made me want to better my life and become a better person. I love my little girl,
Ria, so much. She is so funny, we have such a good connection now and I feel I can truly be there with her without any distractions.