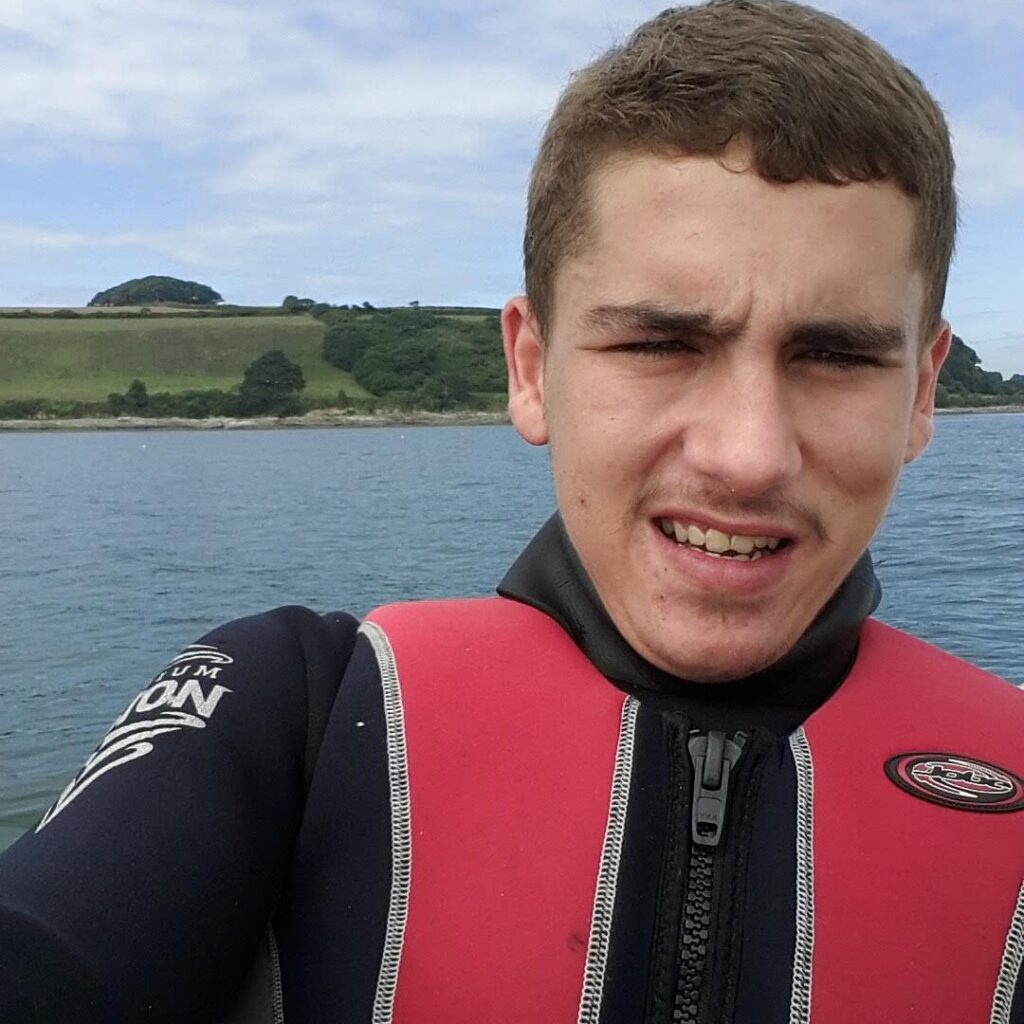 How did you hear about abob?

Through Wild Parenting – this is a supportive group specifically for younger adults having children that may be vulnerable and in need. Someone there recommended abob to me because they realised that I needed a bit more support in my life.

So you haven’t been able to go on a Quest weekend because of lockdown?

That’s right but we have been able to do mentoring one-to-one sessions outside. That has been very useful in its self. Myself and my mentor Izzie talk about all sorts of different things. It’s very reassuring to me because Izzie has a very similar background to me, so it’s much simpler to trust him. In fact we have a different topic every week. I’ve been able to do two lots of ten-week mentoring which has really supported me during the pandemic.

What sort of place were you in personally when you came to abob?

Terrible. I was aggressive, distrustful, angry at myself and it was all really affecting my mental health.

And how did the mentoring help?

I was able to contact some of my old feelings that were lying underneath my anger like grief and disappointment. I realised that I had PTSD and that I didn’t know what to do with it all. I found it easy to talk to Izzie plus he was very flexible with regards to what we talked about. I could suggest something and he’d go for it. He also asked good questions. He’d start off light and then get more delving.

Tell me about how it was for you growing up?

My mum was a serious alcoholic so it was chaotic around her. I was around a lot of aggression from my mum to my dad. She was so drunk she didn’t realise what she was doing. My dad used to take himself off fishing and camping. I used to love that.

But at 12, my mum went into hospital and had three-quarters of her liver removed. Everyone thought she would die but she didn’t. She was sober for a couple of years but then it all started up again.

Did all of this affect your schooling?

Very much so. It was hard to focus on schoolwork when all of this is going on. And I had too much freedom at home, no one was supporting me with homework or school. I messed up school. I did well in maths and science but I didn’t want to deal with it, it was all too much. In the end I was kicked out.  And was sent to PRU the Pupil Referral Unit and I got a lot of help because they gave one-to-one sessions. There were too many pupils for me at my secondary school.

What happened to you when you were 15?

I fell 100 feet off a cliff. I was sitting on a wall at the top and someone jump-scared me and I went over. I actually landed on my feet which meant that a huge impact went through them. I am still suffering today. It shattered my cartilage.  And that meant I had to have time off school at a vital juncture and that affected my GCSEs.

What did you do?

I got myself a job in a café which was okay for a year and a half and then I wanted something more testing. I got a job in a meat factory and the heavy lifting there got my body into trouble again. I was pushing 700 kilos up a gradient and it rolled back on me. Both my knees were affected and the doctor signed me off forever. I still applied for about fifty jobs but no one would take me, they said they couldn’t get the insurance.

What has meeting with Izzie meant to you?

When I first met him, I was very closed down, I didn’t know him and so I didn’t trust him. But he was so open about what had happened to him in his childhood that I opened up too. I had always struggled with so it felt like a real breakthrough. He was very different to my parents.

I didn’t feel so odd anymore and that was liberating. Izzie made me feel comfortable. He made me feel so welcome and as a result I feel calmer. I’ve been able to talk about all sorts of stuff that I was unable to reach before.

All that aggression has dissipated. I handle situations differently. For instance I had a neighbour accuse me of shooting at their cat. Instead of reacting, I simply said I didn’t have an air gun. I also called the police.

I feel as if Izzie has given me the ways and means to deal with situations differently. Like going for a walk if I feel anger. Or distracting myself.

How did you see your future?

So much more positively now. I have a girlfriend and a 13-month-old baby. I feel that I’ve got this great abob support and I feel a lot more confident about my relationships. I do think I wouldn’t be here without abob.