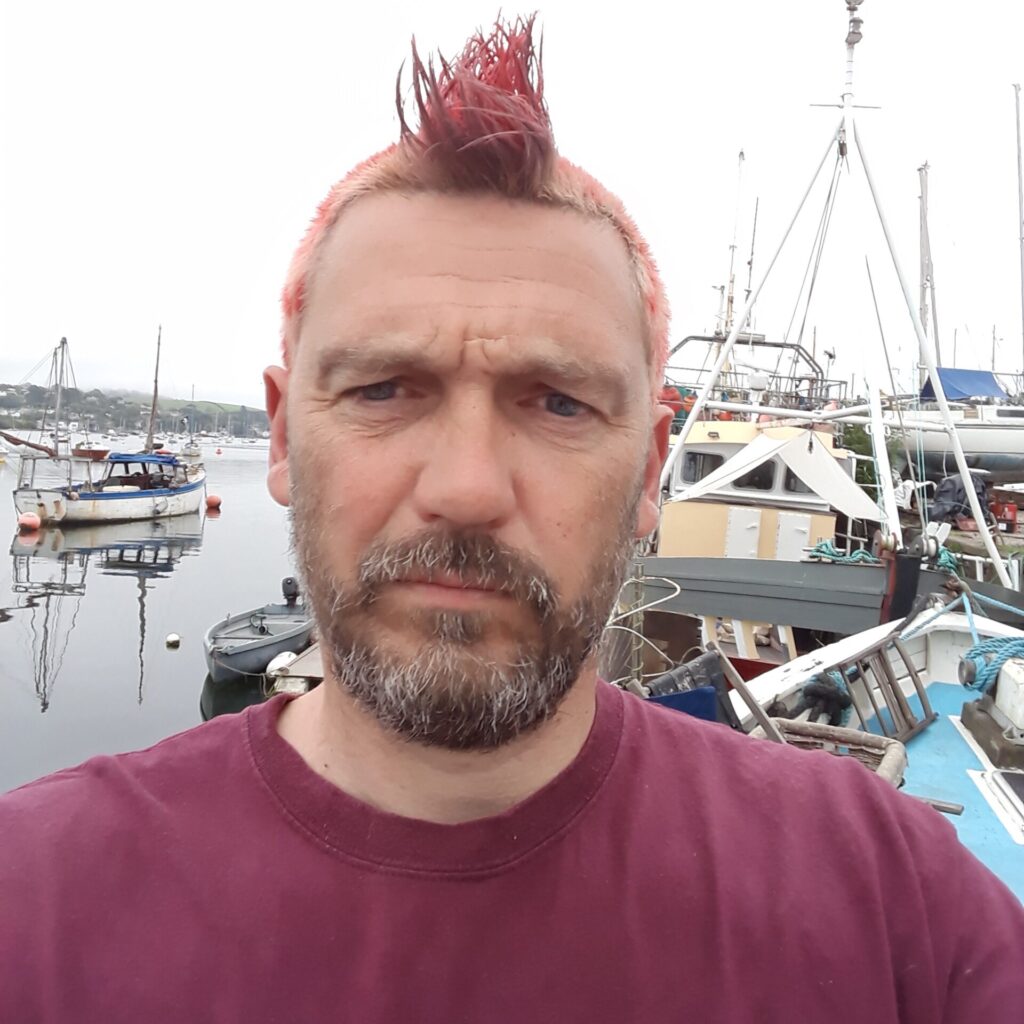 How long have you been in abob?

This is my fifth year. I found out about abob from a friend that I used to go to a spa with, that is the pool and sauna we used to go to. He talked to me about abob in terms of being the right place for me to go and feel held by a group of men.  I had acute anxiety, depression and self-loathing, I was on a path of self-destruction. It was a great recommendation.

How was your community Quest weekend?

I was very nervous but I felt very safe there. I was relieved. Falmouth is a small community of like-minded people and I used to drink a lot. As I stopped drinking, abob men were a great support.

How were weekly meetings?

I still try to go every week now. There’s always a takeaway in terms of new knowledge which I really appreciate. During lockdown I missed the real contact but we’re back to face to face now. I find on Zoom there’s too much space for misinterpretation.

How did it go with Georgie, your mentee?

It worked out really well between Georgie and I because I have similar events in my past that mean I empathise with him strongly. My mother killed herself when I was 15 and that had a massive effect on me, of course. I didn’t grieve so I drank and took lots of drugs instead. And my dad was abusive towards me. I got lots of support around all of this and it is time to pay back.

Georgie was paired up with me by Tony Magarr who is our young man’s co-ordinator. He delegates young men to mentors.

So it’s been different during lockdown?

Yes, we’ve been doing one-to-one mentoring instead of the rites of passage weekends. Really in preparation for the weekends.  It’s been a great way of continuing the work during lockdown which has been very useful in terms of mental health issues and our young men.

Was it a good match?

Totally. Georgie was fantastic because he was so ready to change. He really wanted to be a good father for his baby. And he wanted to be the best partner too and he knew he needed support.

What did you support him mainly with?

His anger and violence issues. Talking through what happened to him – he had a terrible accident where he fell off a cliff – really helped him. I’d ask him how he felt at the beginning and he’d say like a champagne bottle that’s been shaken up and is ready to explode. Then I’d ask again at the end when he’d say something like he felt like a bottle of water. There was a lot that we identified with each other about, I think that really helped him.

What did you do together when you could meet?

We’d sit on a bench while our dogs lay underneath. We bonded over our dogs. When we couldn’t meet, we’d talk on the phone. I did two cycles of ten weeks with him.

How is your relationship with Georgie now?

We’re very close. I’ve got a lot of hope for him. I really believe he’s going to smash it and do really well in life.

How many mentees have you had?

I’ve had seven so far.

How do you see your future with abob?

I’ve got dyslexia so I’m not going to do lots of trainings however I staff a lot of the weekends like The Quest and Beyond The Hero. I’m focusing on having mentees, that’s my forte. I had a family pick me up and be really kind to me when I was young and in trouble, I hope to repay the debt and do the same for some of these young men.