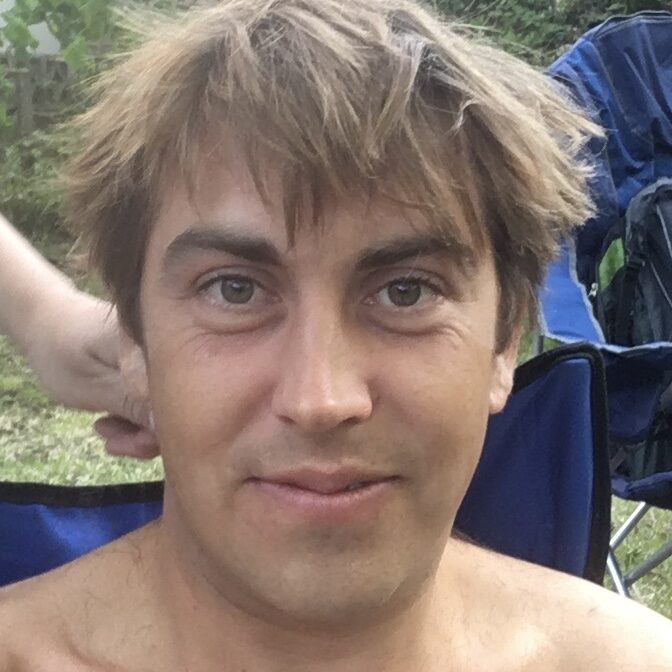 Jamie Bland, 25, services skis and snowboards during winter, and soon to be starting as a strengths-based coach, Cornwall

I was recommended to come to a group one evening by a friend. In fact he was my sister’s ex. I had no idea what I was coming to but knew it was what I needed there and then.

Could you tell me a bit about your background?

Five years ago, I went into crisis. I really hit rock bottom. It was the start of a crisis that led to being sectioned for mental health issues.

I had been struggling with being at university for the past year – in conflict with being there and not being in the mountains where my heart wanted to go. Because of the fees I had already incurred, and the contracts signed (mentally and physically) – I was stuck in a place and position I did not want to be, but I had to commit to something. So, starting the second year, I set the intention to complete a triathlon in the coming year. I started training hard and studying harder – watching what I ate, drinking less and getting healthier.

Early in the year, I found one of my older cousins – like a brother to me – had cancer. This event was very tough for me. I didn’t know what to think, how to feel or what to do.  Subconsciously, I started to obsess about all the little decisions in everyday life to compensate for the big decision I needed to make – like leaving university – so I was obsessing about exercise, image, what I did and didn’t consume. All of which meant I lost a lot of weight. Between February and June, I went from a healthy 65kg down to 40kg as a 20 year old guy. I could barely walk, I could feel my joints grinding and all I had in mind was passing the tests, not failing, not wasting two years and all the thousands of pounds of expenses I had occurred from one decision and a few unforeseen events.

In 2014, a year or so after this low, I was in an even worse mental and physical place. Stuck, stagnating and incapable of keeping myself alive, I was sectioned because I was literally starving and dying/ killing myself without conscious understanding of how seriously it all was.

I was sent to a mental health + eating disorders hospital for five months. This was my second time as an in-patient, but this time I was not there voluntarily. And this time, during the first week of refeeding, my body and heart were about to pack in for the last time.

It was a very real near-death experience for me. And because of the hourly checks at night, my life literally lay in the hands of a beautiful, friendly, and warming nurse who made the call that saved my life.

It was from this point that I knew I had to turn my life and mind around. It has been a long road to where I am now. It was like starting from ground zero again.

My family really struggled when I was at my lowest ebb – I was so deluded that the person I saw in the mirror was not a true reflection of the reality. I could not see the impact on my family or friends, nor the pattern in the community or society at large. I was stuck so far inside of myself that the world turned into a dark and desolate, isolated and threatening place.

This experience has provided me with many lessons about myself and human nature in the five years since then, and I’m still gaining new insights on the experience to this day.

How was the Quest for Community?

It was really nice to be away from technology, and to be so looked after. I loved it. I loved the last day where we all sat together around one giant table like brothers who’d been on this trip together. Over the weekend, there was one exercise where we had to protect a balloon, which represented one of our core values. This practice was symbolic for me, in that it represented the challenge I had needed to face in life for quite a while, something I’d been longing for.

The take-home message for me was this – in order to move forwards on this path of life, I must first be comfortable with the uncomfortable, and secondly be willing to step backwards into the unknown.

For me, the weekend was about being present and learning to be there for others. I was really moved by the emotions and experience that other guys brought out on the carpet. Seeing it all had a big impact on me.

Afterwards I was absolutely dead. I had to sleep for the whole of the next day because of the emotional and energy demands.

What happened with choosing a mentor?

I chose Frank although he hadn’t signed up to be chosen as a mentor. He didn’t put himself up but I saw some qualities in him that I was really drawn to, so I asked him if he would be my mentor. He accepted. Fortunately I had a van at the time so I could drive to see him during the week as he’s a very busy man.

How was your relationship with him?

I felt a good connection with him right from the start. It felt as though we shared a lot of the same values around nature, purpose, community, environment and relationships. By the end, we really saw eye to eye. We molded the mentoring system to fit us. Frank challenged me in a good way, which is what I was looking for.

Yes, we cooked for the group one night. Frank was in his element at home in the country and had decided to cook curry for the group. Cooking is such a good way of getting to know someone.

What did you get out of the mentoring programme?

I think it really woke something in me into action. That dynamic energy. Frank is a doing man, he’s very self-motivated and disciplined. I’m interested in developing precisely those qualities. He’s also courageous.

What about the weekly abob meeting?

They’re always nourishing. It’s a safe container. There are also opportunities to support and be supported by other men or develop deeper relationships.

How do you see your relationship with abob developing?

I’ve already done the facilitation training. I want to do the mentorship course next. And then the leadership one. I feel they provide a space where I can develop who I truly am, as well as support others. There’s something about harnessing the pain of the past for the good of the future. I’ve learnt to tap into this energy as a positive motivator. I really feel more solid in myself these days.