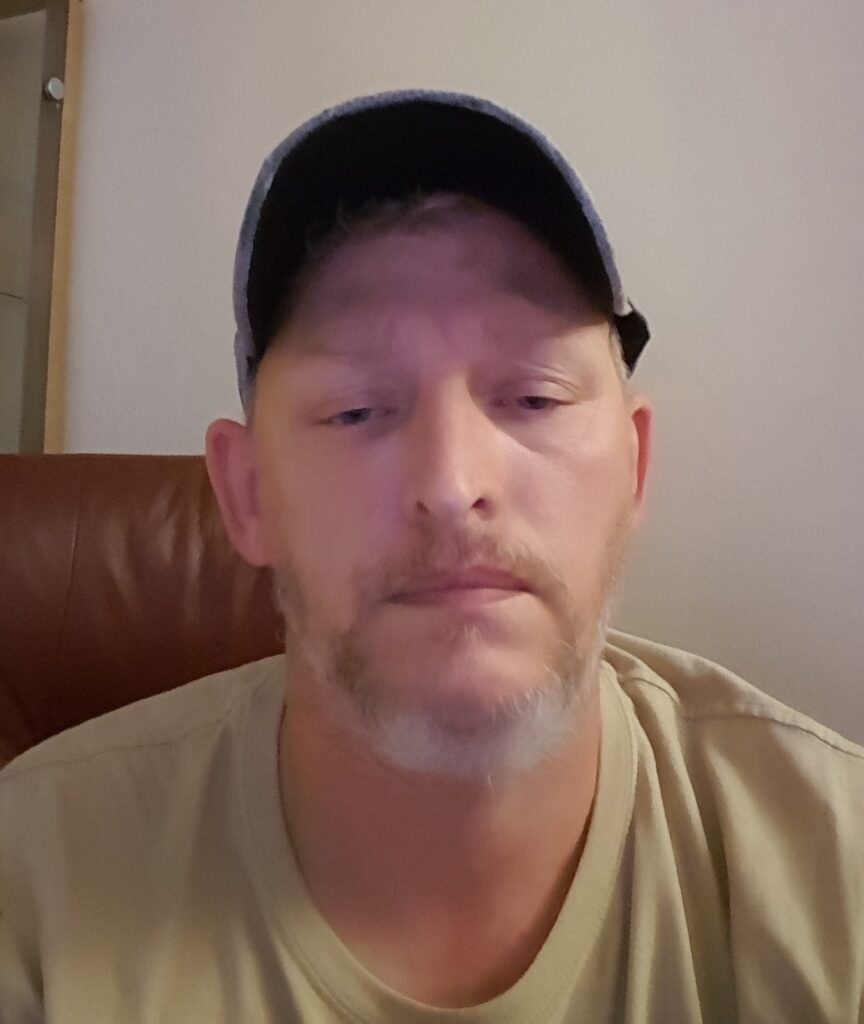 I am ex-military with PTSD and I was having a bit of a wobble. The NHS mental health services couldn’t do anything for me so they referred me on to an adult social worker and she recommended that I get in contact with ABoB here in Cornwall. She said to give it a go despite any feelings of resistance.

Luckily the ABoB man that I met up with, was Stacey Allsop who had also been in the military so we had a lot in common and I felt so much more relaxed about doing something unknown. That was a year ago, I did the ‘Quest for Community’.

How was the ‘Quest for Community’ weekend for you?

I was apprehensive beforehand. Then I thought it was a bit crazy when I got there but one of the men said something at dinner, which really resonated with me. It was – ‘If you don’t open yourself up to things, you’ll always be closed.’ I felt his words so strongly. I’d been closed all my life. I’d always been in closed ‘army mode’. But ABoB was offering something different. This was an epiphany for me.
After that moment, I threw myself one hundred percent into ABoB. I realized that this was a massive opportunity for me, which would take time and effort.

Another transformative moment was when a young man wanted me to be his mentor on the ‘Quest for Community’. I then realized that because of the life that I’d led – I had something useful to offer these young men and that I had the potential to do good. This was the opposite of how I’d thought previously.

What did you get from that weekend?

Tell me a bit about your background?

I’m from Frome originally, my mum died when I was two, my dad dealt with her death my drinking and taking drugs which meant he also became abusive towards me. Eventually I was forcibly removed from the house – I was accused of attacking him – at eight years old and put into a children’s home. My nan pressed charges against my father. I learnt not to have feelings.

When did you join the army?

When I was 19 but I knew from a very young age that that is what I wanted to do. I was already violent as a child and I thought that the army was the only job that I could do, where I could use this aggression for the good of the nation. At school, I was bullied and had taken in the information that no-one loved me, and that even my mum died because I was so worthless and undeserving. My reaction was rage. I was expelled from a few schools. The military was my dream job and I was there for ten years.

What was a turning point for you?

When I met my partner, I realized that I did have feelings. And, at that point, I unravelled.

How did you get drawn further into ABoB?

After the Quest for Community, Stacey stayed in close contact with me. He is ex-army and he knew that my response would be ‘flight’. So, in the end I did throw myself into ABoB and all the courses. I am one of them now. I used to think they were all old hippies but now I know better!

How do you see the future for you with ABoB?
There is no huge bigger picture. I have an eleven week old baby which is amazing. I have patience now, which I never had before. I’ve also become so much more attuned to other people’s feelings. I have also learned to trust other men, something that was incredibly hard to do.