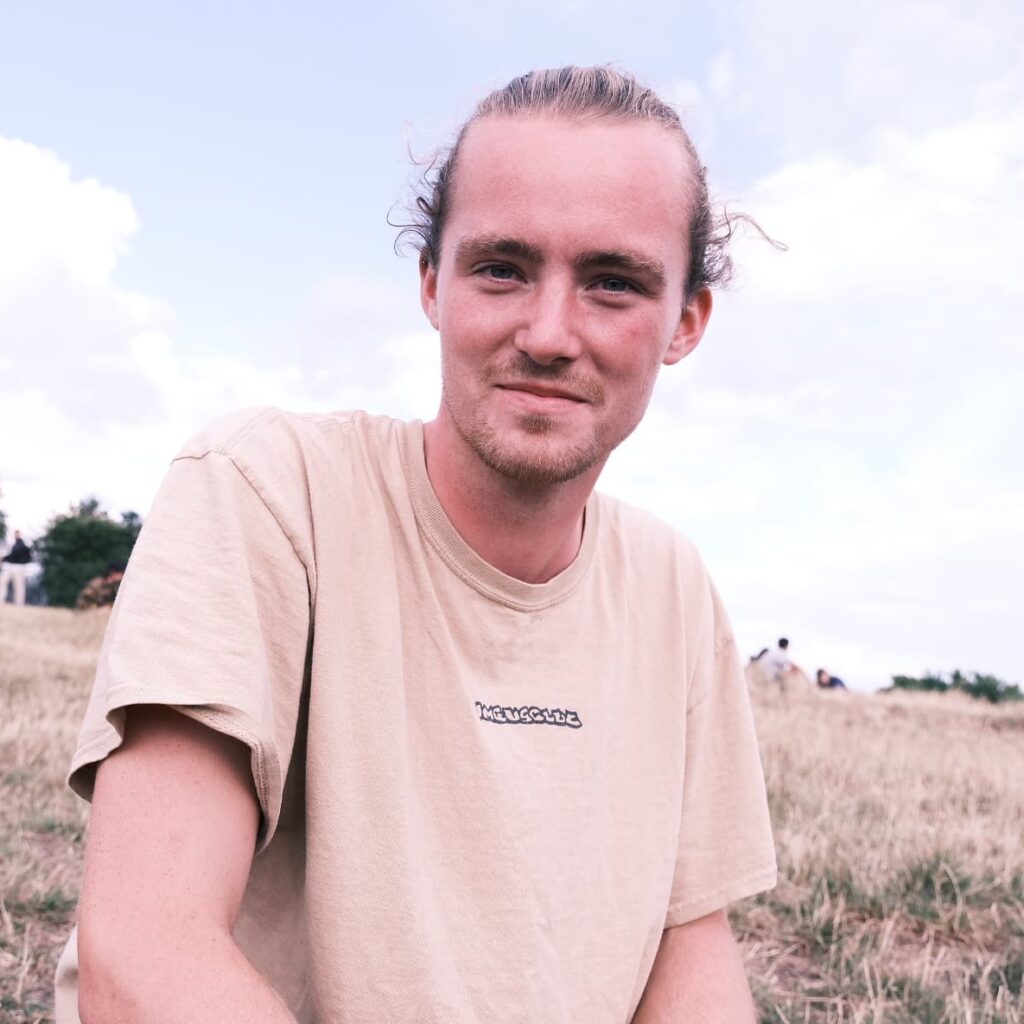 How did you get to know about abob?

I used to do workshops in schools with Marcus who is one of the older men in Bristol abob, and also a youth worker. I’m a drummer so we used to give these drumming workshops for school students. We got on really well and they were very successful. He told me about the abob weekends and said he’d love me to do one of them. I wasn’t sure they were for me but I did it and it was very beneficial.

You did the Quest last year?

Yes, in October in the incredible Forest of Dean. When a guy I didn’t know picked me up in Bristol, I was very nervous. It was such a mystery. I had no idea what would happen or where we were going. But after the first 20 minutes, I felt reassured. The welcome was so lovely by this group of men. I felt as though they were going to take care of me and they did. I became more and more comfortable.

What did you take away from the weekend?

I realized how deep trauma can run. The weekend created a safe container to help trauma surface. I felt so much lighter when I left. And happier.

Did it change how you relate to other men?

It changed how I related to myself and other people. I feel a kinder person now. Some of the men were great role models for me.

Tell me a bit about your background?

My parents were pretty good parents, I just found a social peer group when I was a teenager that was trouble for me. It meant that my role models as a younger man were a troublesome group. A lot of them were older than me. There was drink and drugs. There was fighting and there was rebelling against teachers. I disappeared in all of this. I was off the rails too.

I have been able to build a proper relationship with mum and dad.

Have you been going to the circles?

Yes and I learnt a lot. And from my mentor. That was an important stepping stone. They helped me sort myself out. Ed, my mentor, helped me with relationships, career and more. He helped me set my intentions for the future. I went down to the Job Centre to look for a job but in the end, I found a job as a scaffolder through an acquaintance in a pub.

I was broke and sick of shit jobs so when this opportunity came along, I took it. It’s good money and I enjoy it. It has changed my life in terms of what I can do.

I learnt not to hang out with people who had a negative influence. And let go of those kinds of friendships. I’m much more at ease in social situations now. I don’t feel angry in the way I used to. I feel like I’m getting on top of my emotions.

What are you thinking about in terms of abob and the future?

I definitely want to keep involved, keep going to circles and to become a mentor myself. I want to be in service to other young men in the way these men were in service to me. I recently did the mentor training which was another step. There was a man at my Quest that was my age, and that really helped me. So I’d like to do the same.