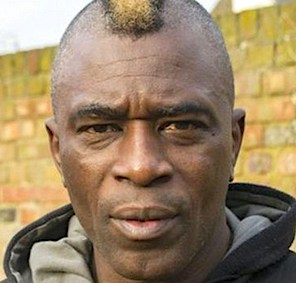 Ken Hinds – Chair of Haringey’s Independent Stop and Search Monitoring Group
How did you know about abob?
“Royston (who has been in abob for a few years) told me about the BTH weekend but I had no idea about the group. I was very apprehensive especially about camping; I’m a 5 star sort of man. It was like a blind date, I had to have blind faith.”

How did you cope with some of the uncomfortable feelings that emerge?
“There were men in the house who express their emotions by crying as a way of releasing their penned up feelings, that wasn’t easy for me. But I knew that Royston is a rich man in the true sense of the word so I allowed myself to follow.

I loved the honesty. I’m not used to that level of honesty. But I am a person who doesn’t take stuff personally so I was fluid, open and transparent, flowing with it all. It was very refreshing to see a bunch of men going deep and telling other men personal things about themselves. This is very different to some black meetings which I have attended that can get very personal, in your face and fiery.”

What did you get out of it?
“I had a lot of time to soul search in a way that I had never done. I was able to recognised patterns of behaviour in myself and negative influences that is slowing my progress. The weekend gave me the opportunity to be more mindful of my inner self and those around me. I also realised that we don’t have to be from the same culture to share these significant experiences, it’s our hearts that really count. It really was about learning to work as a community:- Togetherness in the true sense. ”

What are you doing with abob now?
“I’m like a bridge into the community in Haringey. I talk up abob every day over here. I’m well-known in the area and so am opening doors to the Borough Commander, accessing other local champions, the Broadwater Farm community and more.”

And do you go to the weekly circle?
“Yes, I’m leading it this week. There are about 10 of us, we still need more mentors here, especially black and Asian men, and we meet in the heart of Tottenham now. “with that I am in”