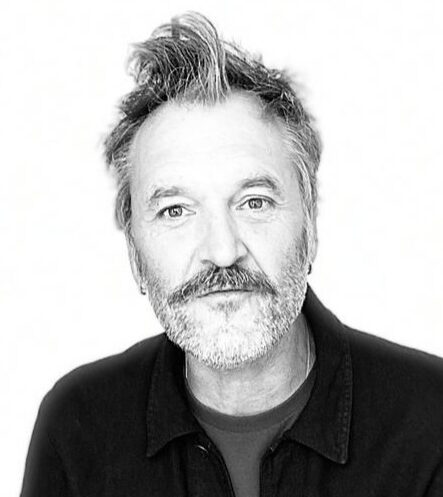 Mark came to abob 12 years ago in Brighton when a lot of the Hub members originally gathered. He’d already done several years of men’s work and been an actor for 27 years.

‘Acting prepared me for my role in abob because it gave me the confidence to present which I now do a lot of, as well as direct the story on the rites of passage weekends. I was drawn to abob because it felt like the next stage after individual self-development.’

He realised that mentoring made such good sense and it was something he himself didn’t have growing up from a male role model. He had a tough background in some ways – his stepfather was violent towards him – so he can often empathise with the young men in abob who have had bad experiences growing up.

‘Young men have a longing to be in the company of solid, kind, and genuine older men whom they can aspire to be like. Men learn how to be men in the presence of other men. There is an old saying that goes – ‘Women raise boys, men raise men.’

As Head of Mentoring, he has been developing new ways for the young men to be prepared for the weekends. ‘The pandemic gave us time to develop one-to-one trainings where we do sessions with the younger men and they are then ready for the rites of passage weekends and don’t resist. It’s really about making our foundations strong enough for us to expand well.’

Mark lives in Brighton, has three daughters and one granddaughter. He cares deeply about the plight of men in these perilous times when male suicide is so high.