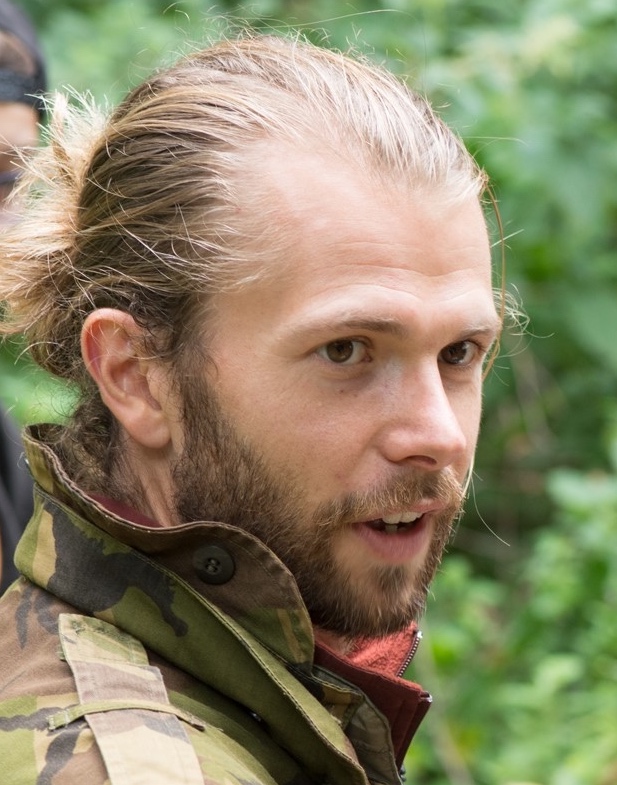 How did you hear about ABoB?

I was told about it by a friend of mine who was getting involved with ABoB. I was looking for something that could deepen my work and relationships both personally and professionally. I’d been doing projects with nature and education for some time, often with young people, and I want this work to evolve. I felt a bit isolated work-wise.

How was the ‘Beyond the Hero’ weekend for you?

I didn’t have any expectations. I hadn’t spoken to anyone about it. I was amazed by how immersive it was. It really excited me. I was challenged by where I was asked to go within myself. I was blown away by the other men and the breadth of their emotional literacy and their role modeling. That was inspiring and exactly what I’d been looking for.

What did you gain from it personally and professionally?

On a personal level, it helped me be able to listen to my feelings. I became more aware of what I was feeling. And it helped me understand what it takes to hold a safe space. This really had an impact on me. And I was so grateful for the offers of support when I was in a difficult place. That made such a difference.

Was it a completely new experience for you?

No – I’d done personal development work and these projects with nature and young people but the design of it was completely different. And the depth of connection. Also, it led me into thinking about who I was as a man, which I’d never really considered before. This was a different sort of masculinity to the one that society seems so often obsessed with. This is a much more rounded masculinity with different core values.

Did you go to the weekly meetings afterwards?

Yes, I went regularly to the meetings. What I appreciated was meeting with such a variety of men from different backgrounds and different ages. That was a change for me.

What did you get from these meetings?

A really strong sense of purpose. I felt an energy to be part of ABoB in a bigger way too. I wanted to make a contribution back into society in this way. And it also propelled me in my other work.

What effects did it have on your other relationships?

My relationship with my parents had been changing for some time but being in ABoB has definitely supported these changes. It has helped me deepen my friendships outside ABoB. One of my other best friends is also involved now with ABoB. I have become more open emotionally which feels good. And easier. It’s easier now to have difficult conversations about difficult topics like mental well-being and what’s really going on for us. I’ve also just started a new relationship after being intentionally single for a few years. I’m more aware now of what I need from a healthy relationship. And also what I can give to it.

Did you become a mentor?

I did and it was a real challenge in all sorts of ways. I work with young people so I thought I knew how to communicate but I had to deal with my own expectations mainly. And I got support with this. If he didn’t seem to be getting a lot out of the experience, I learnt that it was enough that he was turning up. I was having my own mentoring at the same time, which really helped. In the end I thought I dealt with it very well. I didn’t give up and it didn’t become too much. And I didn’t jump in and try to solve everything for him either. That was hard! I had to work hard on myself not to judge him for not making “enough” progress and not to take it personally.

How did your mentor support you?

It meant I had time to reflect and check that I was making the right calls with my mentee. It was really useful to have. I learnt a lot. I also reflected that a mentor at work would have been very useful too.

How do you see your future with ABoB?

I’m really excited by all the trainings on offer and want to do them but I’ve decided to slow down. I’m still young and there will be time for all of that. I’m finding a balance. I love the feeling of purpose it has given me and I’m focusing on bringing that more into my wider work with young people and communities.