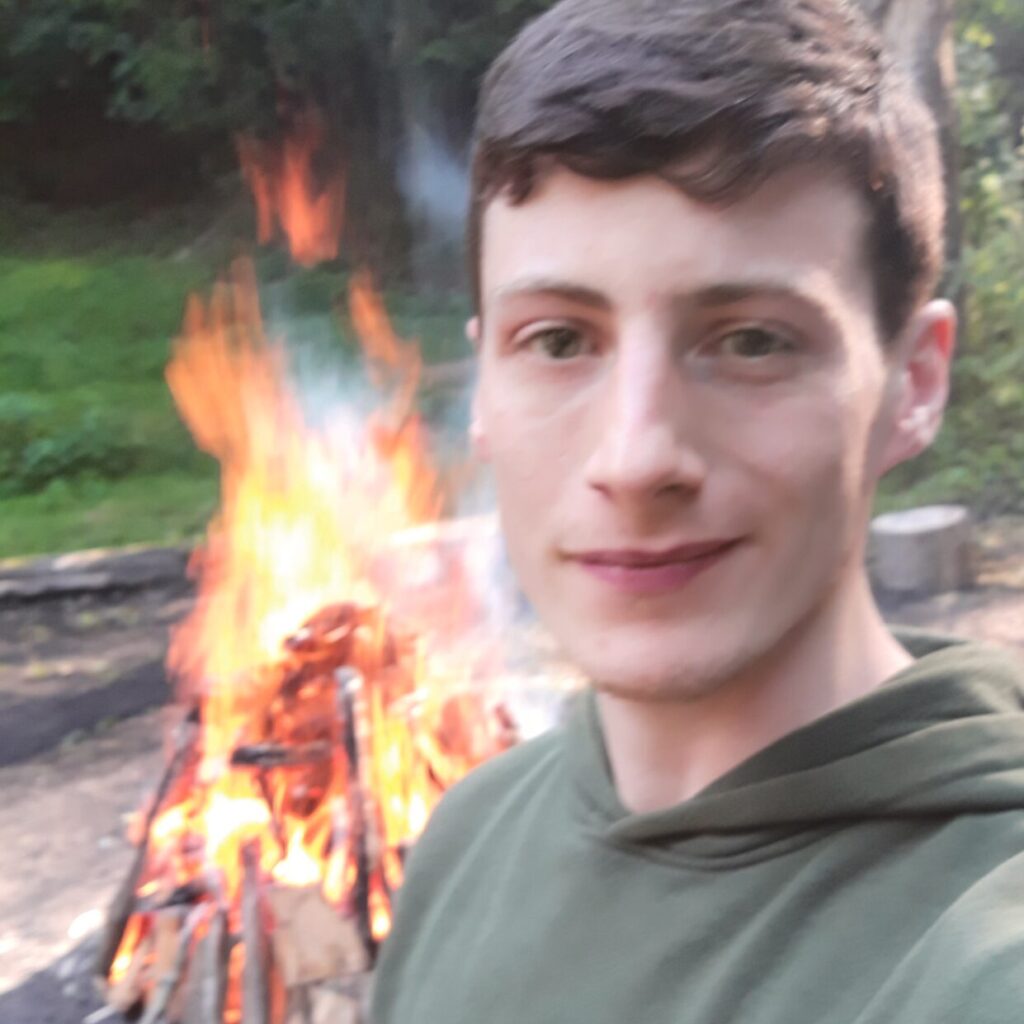 How did you find out about abob?

I was given a flier by a mental health team member. I think they made the initial call for me. I just thought that abob were a mentoring service. Out of that, I met John Moore – who actually is my mentor at the moment, am having a second mentoring because I needed the support – for a cup of coffee. I found him very easy to open up to. And I realized that abob offered something different, something caring. He let me talk a lot and listened. That’s the beauty of abob, they provide space for men to tell their story, it’s so important to be heard.

What happened on your Quest for Community?

Well I had no idea what was going to happen. It was a leap of faith, I guess. I took the plunge. I wanted things to change for myself and I guess I was taking action around that. For me, I knew I was hanging around with the wrong people and I wanted to create change that. I wanted to create more stability for myself.

It was powerful and intense. They give you the tools to look at your own behaviour.

For me, there was a lot about being able to express grief. I found a safe place there where I could express a lot of it, hat was so useful and so rare. That had been an absence of this space for grief in my life and I really valued the opportunity. I also got to explore what being a man means for me. It was also really useful to hear that other people had difficulties in their lives. That made me feel less alone. I felt re-affirmed as a human being.

How was your Homecoming ceremony?

It’s very moving to be appreciated for your qualities. Men are so often competitive with each other in this society, this ceremony is where the older men honour the qualities of the younger men. My commitment was honoured.

Tell me a bit about your life?

We moved around a lot when I was a kid so I didn’t put down roots. But I did get good at making friends easily. My mum is a drug addict and we were sometimes living in hostels.  I think I was a bit of a sad kid too. I did stay at the same secondary school as I moved in with my grandma. I read a lot during this era. Then mum got a house near the school and I went back there.

I have a young daughter. And I still live with my mum. Those are both challenging situations in themselves. At the moment, I am looking for somewhere else to live and trying to save up.

Who was your mentor?

A guy called Tom who has a farm. He’s a great guy. He has a family too which I appreciated because I have a daughter. We met up at various places and basically he listened to me talk. That was so valuable. No one had really done that for me before. I didn’t think I wanted to talk but I did! Sometimes about stuff that was difficult to talk about. Tom is also a very optimistic kind of person, which helped me too. I still see him.

I’m going to train to be a mentor myself. I think it’s useful for there to be young mentors for the young men, they are closer in terms of experiences and that helps them feel understood.

And the weekly meetings?

Have been really good too. I have found it beneficial to explore the different archetypes like the Lover, the Warrior and the Magician. And hearing other people talk about their own vulnerabilities, that helps a lot.

How have your community days been?

I really enjoyed the community days. We spent one day clearing a woodland together. And another day marshalling a Park Run. Both were great days. We also go on adventure days too, for instance, a trip to GO8 where there were zip lines and various physical challenges. I really enjoyed that.

And what about your relationships within the abob community?

It’s so good to have so many different characters and all the different perspectives. I feel as though we all as a community get a lot out of those aspects. It makes me want to give back and be in service. I have learnt that it better to give than receive.