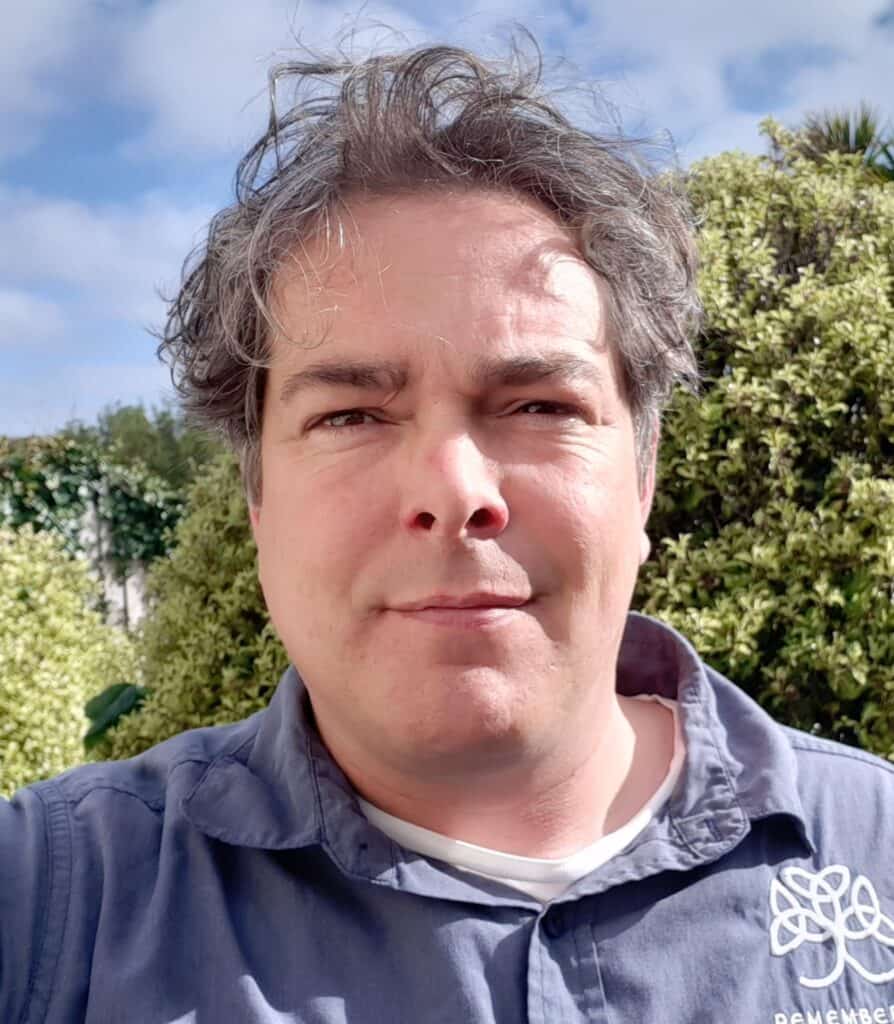 How did you hear about abob?

Through James Oecken. I am a teacher of Survival Skills and I met James on a course I was running in Devon years ago. Later that year, I was giving him a lift to another Survival course I was teaching on. After that, we became friends and he was always dropping ABoB into the conversation. I didn’t take any notice for a long time and then in September 2018, the numbers were right. I am into nines and there were a lot of nines that time! I signed up. The thing is, I trust James with my life so it was always going to happen.

How was your ‘Quest for Community’ weekend?

At the beginning, I was almost expecting to be ambushed or something like that. I’d been in the military and these were my sorts of expectations around men. In that world, I would have run, or fought, that’s what we were taught. And there were many occasions when I wanted to run over this weekend but I am so glad I stayed. I had no idea how much this community of men would eventually come to mean to me. The weekend was terrifying and beautiful in equal measure. The thing that really got to me was, there were no judgements by the staff men towards us participant men, or each other. It lifted a weight from my shoulders. It was such a relief not to be full of shame. It changed my life in so many ways, and that continues even now. I was on the scrapheap of life post the military and it gave birth to a new me.

My family, my grandparents, my dad, my mum were all Soldiers, and most of my Aunt’s and Uncles served too. I didn’t know anything else. I wanted to be a Soldier almost as soon as I was born, Army barmy from day one! They dreamt it into me. I joined at 17. I was deployed to South Armagh, Northern Ireland just after my 18th birthday. I had been deployed on 3 Operational Tours of Duty before I was 20. Basically, for my last tour I was on the border in Ireland, one of my unit was killed by an IED (Improvised Explosive Device), and 3 members of my family died within months of each other in that year. That changed everything for me. I had a kind of breakdown and was kicked out of the Army through the back door. At 21, I was a homeless veteran living in a churchyard in Cornwall.

What changed your life at that point?

I was living in that graveyard and there was an old man who visited. We didn’t speak but we did nod at each other from a distance occasionally. I always wanted to know the secrets of how to forage food, but I didn’t know anything about it. One day, this gentleman brought me a gift out of the blue, it was a book by Richard Mabey called “Food for Free” and that book, and that act of kindness changed my life forever. From then, I could find my food for free too. Ultimately it led to me teaching Survival Skills. That man, I believe, was my guardian angel. And after that day I never saw him again!

Did you end up mentoring a young man?

Yes, I have mentored one. And it was an education for me! I learnt not to expect anything and to carry on simply being myself, and simply be a post he could lean on as he found his own way. As one of the experienced ABoB facilitators says – ‘It’s about connection not correction.’ We still speak every week and have become good friends. I see myself in him.

How do you see yourself within ABoB?

I see myself stepping up into leadership more and more. I have done the facilitator training, and am a trainee one now. There is such a wealth of knowledge and inspiring men down here in Cornwall.

And you’re volunteering with Volunteer Cornwall during the Coronavirus?

Yes, many men came forward to join the Cornwall Volunteer efforts. I started driving for a pharmacy in Redruth, and three weeks later I am still delivering medication every day for them. There’s a lot to do and three weeks in, I‘m trying to do the essentials but I am there every day. All sorts of people in the community need to get their medication so I try to get it to them, and find time for a chat.